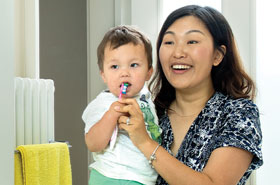 The Department for Business and Energy and Industrial Strategy has published a series of reports as part of the Energy Follow Up Survey (EFUS), a research project led by BRE in collaboration with GfK,ŌĆ»NatCen, Loughborough University and Ipsos MORI.

Carried out over three years between 2017-2019, this comprehensive survey shows that even before the pandemic and the current rise in wholesale energy prices, energy consumption in fuel poor households was an area for concern, and not only from a financial perspective.

For this study, a household is fuel poor if the amount they would need to spend to keep their home at ŌĆ£an adequate standard of warmthŌĆØ is above the national median level. And if they spent that amount, their leftover income would be below the official poverty line.

Fuel poor households were twice as likely to feel uncomfortably cold in their living rooms (23%) compared with householders who were not fuel poor (11%).

Households in fuel poverty were also less likely to take advantage of the benefit of low energy LED bulbs (43%), perhaps partly due to the higher upfront cost, than households not struggling with fuel bills (54%).

During the course of the project, ownership of a smart gas or electricity meter rose, from 27% in 2017 to 36% in 2019. Where an energy use in-home display or screen was available, 24% of households reported that they were using less energy than before installing a smart display.

Whilst smart meters can facilitate solutions to help alleviate fuel poverty, our research found that 40% of fuel poor households were still more likely to report struggling to keep up with their energy bills, compared with the non-fuel poor (16%).

Groups that were more likely to report damp and mouldŌĆ»in their home were those living in fuel poverty, in low-incomeŌĆ»households,ŌĆ»older pre-1919 dwellings,ŌĆ»and living in the least energy efficientŌĆ»homes.

Our recent report ŌĆśthe cost of poor housing in England 2021ŌĆÖ revealed that poor quality housing costs the NHS ┬Ż1.4bn a year. ┬Ż857 million of this annual NHS treatment bill can be attributed to defects in homes that expose residents to excess cold.

This not only demonstrates that a lack of insulation and energy efficient buildings is an environmental issue, but also an issue for public health, disproportionately affecting the poorest, that must be addressed. Much more could be done to enable people to better insulate their homes.

Insulation, for example, is a relatively cheap way to help drive up energy efficiency when installed correctly. Whilst not as headline grabbing as the development of innovative technologies, itŌĆÖs a safe and proven way of helping the UK, with its old and varied building stock, to meet net zero.

However, there was some good news in the EFUS report. Overall consumption of gas and electricity has reduced over the last 20 years. The median gas consumption for all households has decreased since 2010, from 13,900 kWh/year to 12,300 kWh/year.

The median electricity consumption has also decreased, from 3,600 kWh/year to 3,100 kWh/year. Our modelling was able to show that the installation of more energy efficient boilers was a key driver behind reduced gas consumption.

You can read the five main reports here: