Stockholm is one of the fastest growing metropolitan regions in Europe. The population is increasing by 35 ,000 a year which puts higher demands on more housing and better public transportation.

Already in the 2010 Regional development plan it was stated that the Stockholm region was very “one-cored” and needed to become more “multi-cored” to counteract the spread of buildings and activities from the central.

One of 8 prioritized cores were Barkarby-Jakobsberg and in the 2013 Stockholm negotiations it was decided to extend the current metro from Akalla to Barkarby with 4 km tracks and two new stations, one in the upcoming new town Barkarbystaden.

The metro is located below ground and will have entrances in ground level, mostly integrated in new buildings (to be built outside the project scope) and one separate entrance hall designed with meadow roof.

All platforms/ticket halls will be part of the Stockholm Metro Art exhibition and will have different features, where for example one of the platforms will have screens showing clouds and sky to resemblance the old military airport that was located above.

There will be one ventilation tower placed in a green field. This has been made in wood with integrated bird nests.

There are two main challenges from an environmental point of view.

To limit noise disturbances, noisy work will be carried out at special times. Furthermore, people who are permanently exposed to high noise levels will be offered temporary housing. Extensive information efforts will also be carried out to increase people’s acceptance to noisy work.

The clients aim was to be able to measure the sustainability level between the different metro extension projects and make them use the same framework for their design and provide a good basis for the construction stage. Also since CEEQUAL is still pretty new in Sweden it was considered to have a marketing value. The client compiled guideline documents for how all metro extensions projects should work with sustainability. These were:

To make it fun and inspiring to work with all these strategies, the project team worked with a gamification strategy where all designers from different aspects competed against each other, scoring points for working with sustainability. This led to a very engaged project team.

We also worked with monthly, voluntary workshops where everyone who wanted to work focused on their sustainability targets could join, instead of mandatory, separate meetings with each design leader.

In the project the client has from early planning stage throughout the design worked with several activities to involve the community. There have been several public meetings, open houses, digital surveys, attitude surveys etc.

A separate Social Impact Assessment has been conducted as well as studies about child perspective in the construction stage and Traffic Safety Analysis. The project is located partly in an urban area and partly on a field. The western part of the field will be developed to an urban area including the metro’s entrances, while the eastern part of the field, close to the creek, will be preserved as a nature reserve. Since the metro is located below ground with only one separate entrance hall (the rest integrated in buildings to be built) the impact on land use and landscape is relatively small.

During the construction stage, most of the areas used for establishment and temporary works has been chosen because they were already paved surfaces.

There are some contaminations that are being removed through the excavation and there are also some kerosene and PAH:s present that are been remediated on site. Two EIAs and several underlying studies have been conducted. A couple of protected species were found nearby the project site:

Stone loach was also found in a nearby creek. However the species were found much further down the creek and stone loach is not protected, only uncommon.

Since most part of the project is located below ground, it will have very small impact on the ecology and no protective measures was deemed needed in the EIA:s other than measures to minimize the ground water lowering.

To compensate for the small areas that are being built above ground, the roof of the separate entrance hall is a meadow and the ventilation tower is made in wood as a big bird nest.

During construction stage there are very high demands of waste water treatment and control measures are in place. Both stormwater and water from the process are undergoing treatment before discharge.

During operation there will be a permanent water treatment plant in place for the drainage water. It is also prepared so that drainage water can be led to infiltration wells and be used as refill groundwater.

Since the project is below ground there are very little hard surfaces that lead to runoff and the only separate building will have a green meadow roof that can delay/retain runoff.

In the stations, water efficient faucets have been designed.

Together with the municipality, the project signed a contract saying that if the municipality put a local rock crushing plant in the area, the project had to transport all their rock there and later re-buy from the same crushing plant to minimize transportation. The crushed material can also be used in the extensive exploitation in the local area.

The project has also been designed with a long lifespan (120 years) to minimize waste during construction. Several energy saving designs has been made, such as placing platforms on a little “hill”, LED-lightning and energy efficient escalators/elevators.

There were some areas of archaeological value identified in the two EIAs. The projects localisation/stretch was then changed to avoid crossing these. Hence there has been no impact/very little impact in the historic environment from the project where it is located in a tunnel below ground. The ventilation tower has been made rounded in wood to better fit in the landscape.

The entrances will affect the feeling of the historic environment and landscape in the area, however the future development of the Barkarbystaden will affect it more which is outside the project scope.

The project itself is a transport project made to enable more sustainable transportation’s between Stockholm and Barkarby.

There have been transportation policies in place during design stage and we have followed up on them with a transportation survey with results showing that a lot of meetings were made over Skype and that most project members used bike, bus or metro to travel to their offices and between meetings.

In the design stage there has also been a separate Traffic Safety Analysis made for the construction stage and the local crushing plant reduces the length of the transportation’s. 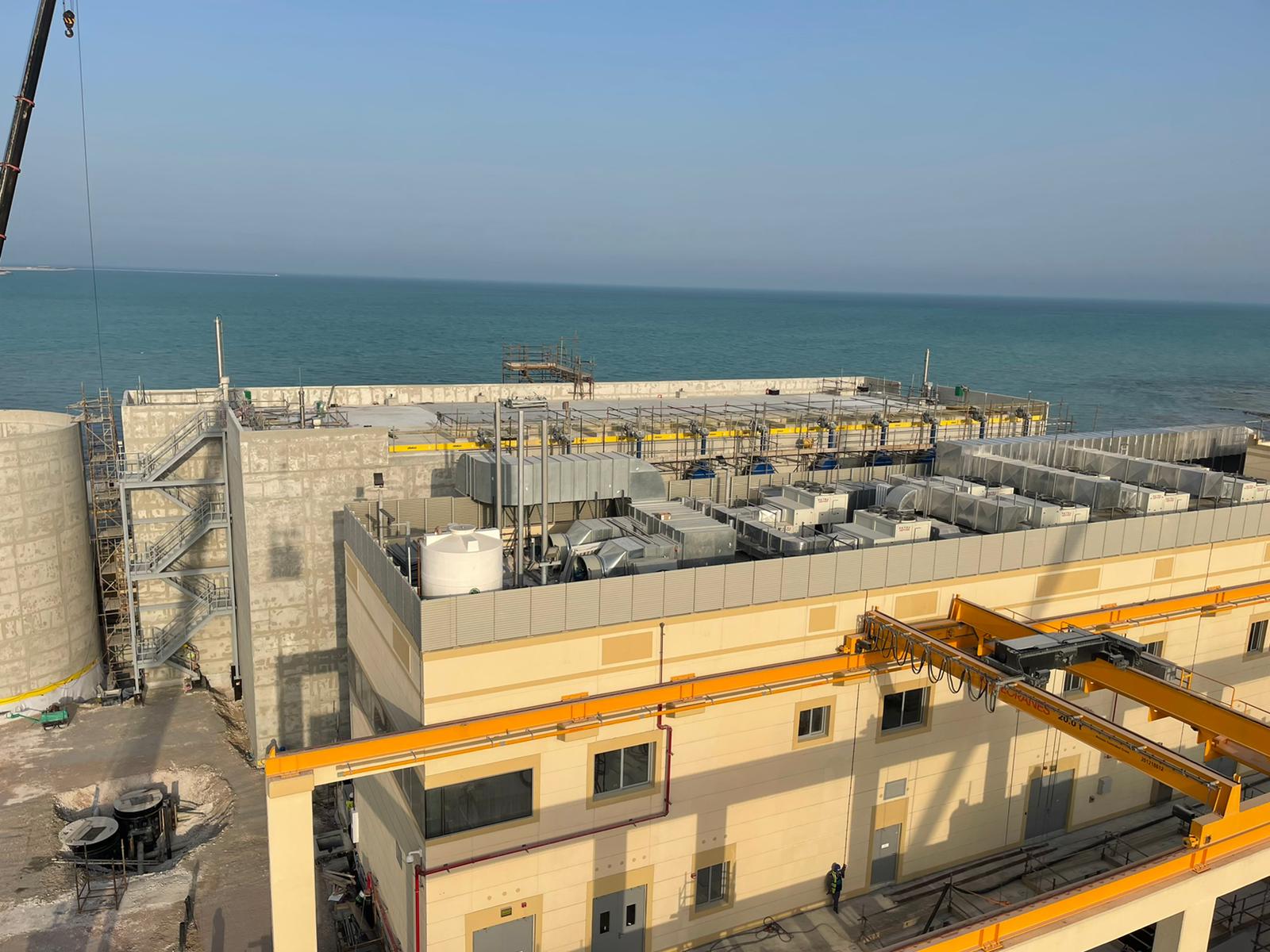