The A30 Temple to Higher Carblake Improvement is a £60 million highway improvement scheme part funded by Cornwall Council and the Department for Transport.

The A30 trunk road between Temple and Higher Carblake is a 4.5 km section of single carriageway and at peak times the capacity of this section forms a serious constraint to traffic flow on the A30. This has a detrimental effect on the Cornish economy and the often severe congestion leads to poor journey time reliability, driver frustration, conflict and collisions.

This scheme upgrades the single carriageway to dual carriageway standard through widening and realigning the existing carriageway to provide additional lanes, central reservation and verges. To improve safety and accommodate the new alignment the scheme includes the construction of three new overpass bridge structures to replace the existing at-grade crossings. The total scheme length is 5.15 km. The scheme has been designed for Cornwall Council by CORMAC Solutions Ltd and is being constructed by Keir. The construction is due to be complete in 2017.

Parts of the scheme lie within an Area of Outstanding Natural Beauty, an Area of Great Landscape Value and an Area of Historic Landscape Value. The site crosses a Site of Special Scientific Interest, is adjacent to a number of County Wildlife Sites and the River Camel Special Area for Conservation is approximately 2 km from the site.

The greatest challenge during the design stage was to design an alignment which minimises land take, minimises the impact on the many constraints along the length of the route, whilst meeting the necessary design safety standards. CEEQUAL was used from the outset as a tool to encourage sustainable thinking and to maximise environmental enhancement opportunities.

A Sustainable Drainage System is proposed which will cater for the increased hard surface being introduced, manage rainwater run-off and provide opportunities for improving water quality and biodiversity. This is a vast improvement to the existing situation where water leaves the carriageway and drains into adjacent land and water courses. Ecological input during the design of the three attenuation basins has resulted in lots of enhancement opportunities such as ‘soggy bottoms’ (grassed bottomed basins which remain soggy), basins of varying depths to cater for different species requirements and gently shelved sides to allow species to escape. The design of these has also brought landscape benefits as the basins are less-engineered and are more in-keeping with their surroundings.

The proposal seeks to merge into the existing landscape, mitigating potential impacts, and where possible, enhancing the existing roadside landscape. This includes replicating local variations of Cornish hedging, turved mounds seen adjacent to the lanes running through the North Bodmin Moor SSSI and also using large stones in particular areas to reflect the Tors common at the eastern end of the proposal. In addition to this, new boundary stones are proposed to mark the Area of Outstanding Natural Beauty.

The following lengths of hedge/planting is proposed:

Within a section of hedgerow at the eastern end of the scheme is a reptile hibernacula specifically designed to replicate the one lost as a result of the scheme.

A number of European protected species were identified within the vicinity of the scheme including Otter, Dormouse and species of Bat. A large multi-species culvert has been strategically placed to allow safe passage of Otter, Bat and any other species wishing to use it. The culvert has the additional enhancement of a bat ‘hot-box’ within the culvert (bat boxes on the roof of the culvert) and has extensive hedging and planting both to the north and south of the road to guide species into its openings.

A Scheduled Monument and two Grade II Listed Milestones lie alongside the route. The alignment was carefully designed around the Scheduled Monument, Peverell’s Cross, and its surrounding area to ensure the designation is adequately protected from the road.

Enhancements such as the provision of an information board were agreed with English Heritage to provide historic information about the Cross and surrounding area. Guidelines have also been produced on the restoration of surrounding historic guideposts which targets certain granite posts requiring repair and a spruce up. 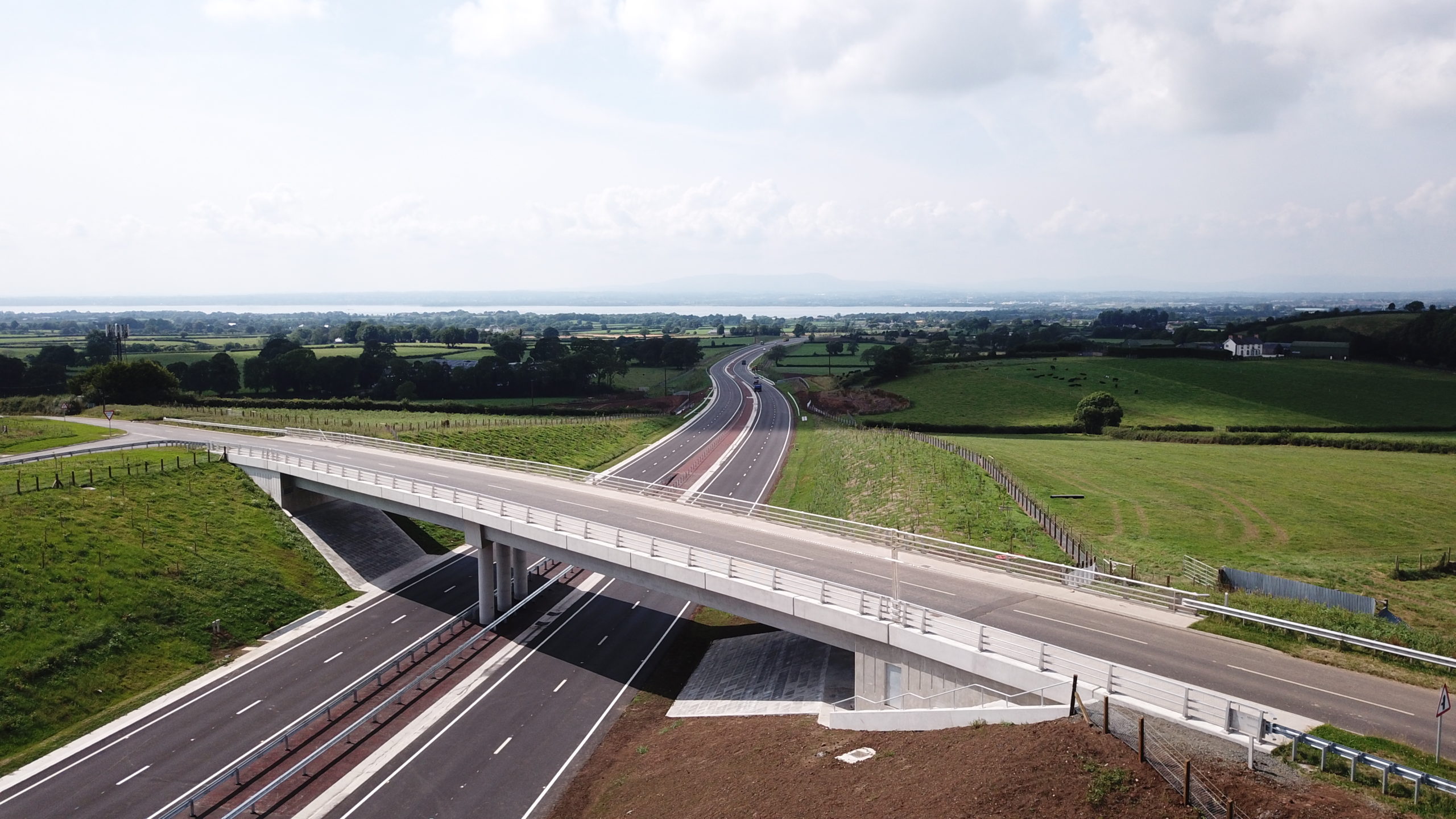