The International Women’s day theme of this year is #PressforProgress. This is a strong call not only for the 8th of March but to encourage us to reflect every day on the continuous improvement that we can make as individuals and as part of an organisation, to progress in gender parity. Some actions that you can practice are maintaining a gender parity mindset, challenging stereotypes and bias, supporting equal visibility of both men and women, and celebrating women’s achievements.

To support this campaign, we have asked some of our junior and senior members within BRE to think about the changes and future of the gender equality movement… 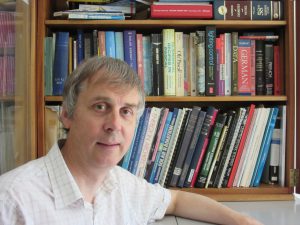 I work in Building Technology Group and have been at BRE for 38 years. When I first started in 1979, there were very few women in scientific and management jobs here. Since then, it’s been good that there are more and more women working in technical areas; I believe BRE is ahead of the industry in this respect. Women are still under-represented in senior and management roles. A fair, and transparent career development framework is key to ensuring that women are not over looked for promotion. 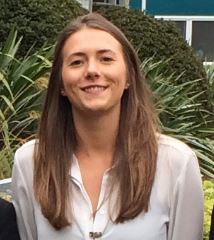 I have just finished my first placement on the graduate scheme in Events and Marketing and starting my second placement in Research and Innovation within BRE. When I joined BRE six months ago, the gender split was 60 : 40 which I thought was great when I compared this to the 90 : 10 split at my sister works in the Automotive industry. However, working in the Events team has meant that I have had the opportunity to attend many events in the built environment sector, where the main professions usually attending were contractors, architects, manufacturers, developers and engineers. I soon became very aware of the predominance in the number of men over women at these events, which made me realise that BRE’s gender split was quite an anomaly in the built environment. An exhibition that really struck me was one where a stand, near to our BRE stand, had women dressed as showgirl-styled models and the stand won ‘Best In Show’. Is this really how we want women to be represented in this sector? It was after that when I became more aware of BRE’s Women’s Network and felt happy to be part of a company that had such a network and was actively trying to address gender equality. I helped with the Women’s Network ‘BE Global : Insights from our world leading women event’ where we heard from a panel of international women about the opportunities and challenges they have faced in the built environment. It made me realise that the sector has progressed but still has a way to go in gender equality.

I think that gender equality in BRE will grow positively with the Women’s Network providing a great driving force for this, gaining the support of the rest of the company. Equality across all areas needs to be a key focus for any company, with equal opportunities being available to a person regardless of age, gender, race and disability in order to attract different kinds of people and promote a diverse workplace – it would be a very boring place if we were all the same. 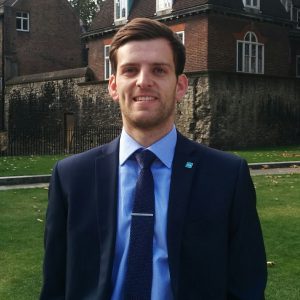 I have worked in BRE for 2 and a half years. Since joining BRE I have become increasingly aware of gender equality. Firstly, the efforts of the BRE Women’s Network have definitely not gone unnoticed; this group has been growing in momentum ever since 2013, organising several #BEinspired events and awareness campaigns, all with the aim to inspire women to pursue and/or maintain careers in the built environment sector. Additionally, the BRE Graduate scheme is another avenue which encourages younger graduates to play their part in the construction sector and continue employment diversity. The scheme allows graduates (regardless of gender) to seek opportunities in a number of roles and develop the societal element of BRE.

To my knowledge, BRE has always maintained inclusivity within the company ethos and this should not be overlooked; being fair and representative for all employees must be a top priority for any organisation. I believe that the movement for gender equality is only going to positively grow within the company. Inclusivity and diversity of people, talents, skills & ambitions are all ingredients which can ultimately help BRE to be a successful business, workplace and employer. 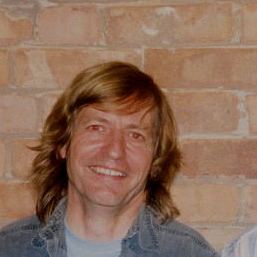 I have been in BRE at different times. The first one from 1979 – 1986 and then since 2011 until now, but it is (mostly) wildly a different place. To be honest I can’t say that I visibly notice changes here since 2011 – in the world around us-, however gender is more spoken, written and articulated in other ways using modern media.  Since 1979 the more obvious change is probably in headcount particularly in technical roles. . The smaller proportion who were here in early 80’s were, as far as I can recall, treated pretty well but there were definitely fewer. Of course, back then we were all civil servants on strict banding and pay structures.  I have absolutely no data to back it up but I have the sense that the numbers of those ‘career fast tracked’ for example were in proportion to the compliment.

I’d put BRE way ahead of the generality and at least equivalent with similar kinds of workplaces so assuming a continued improvement generally the future ought to be a pretty good place for women to be – the objective of course should be a quantifiable meritocracy that doesn’t see gender or any other imbalance.

Some interesting points for reflection. Two common themes throughout however are the recognisable value of diversified environments and the need to keep pushing. Keep pushing for equality and belonging across all spectra (not just gender but for all who do not typically fit the A-typical characteristic whatever that may be), keep pushing for opportunities for recognition and growth (its not just about number but genuine parity throughout all decision making tiers) and, well, keep pushing for progress!

Buzz Newsdiversity in constructiongender diversityInternational Women's DayPress for Progress
We use cookies on our website to give you the most relevant experience by remembering your preferences and repeat visits. By clicking “Accept”, you agree to the use of all the cookies. Or visit cookie settings to customise your cookie preferences.
Cookie settingsACCEPT
Manage consent