The first lamp was invented around 70,000 BC. A hollow rock, shell or other natural object was filled with moss or similar material that was soaked with animal fat and ignited.

Jump a few thousand years, long before Thomas Edison patented his incandescent light bulb, British inventors were demonstrating that electric light was possible with the arc lamp. Today we take lighting for granted in most parts of the world.

Switching on lights and enjoying the convenience it brings is part of life, and we don’t think too much about it.

Can lighting affect your health?

Lighting can affect people’s health, and not always in a good way according to a popluar BRE report, Lighting and health, written by respected lighting experts Cosmin Ticleanu, Paul Littlefair and Gareth Howlett, and authors from Istanbul Technical University and Eindhoven University of Technology.

Adequate lighting and lighting controls are essential to enable people to work and move around a building. Poor lighting, particularly lighting that causes glare, can give visual discomfort which may result in sore eyes, headaches, and aches and pains associated with poor body posture. 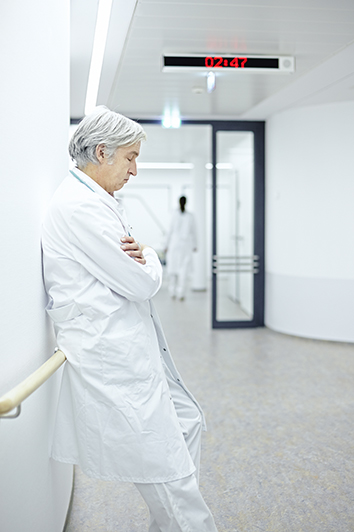 ‘These issues can be avoided by careful lighting design that meets the recommendations of codes and standards’ comments Cosmin Ticleanu, one of the authors of the report.  ‘It is important for designers and building owners and occupiers to be aware of these issues’. Substantial research has been conducted on lighting and health.

Daylight provision in general has been linked to health benefits in a number of studies. Providing daylight in buildings is often a convenient way to achieve the benefits of daytime light in regulating circadian rhythms, resulting in improved health and mood. In principle bright artificial light could give similar benefits.

Shift workers wearing amber glasses during night shifts to selectively block blue wavelengths show improvements in performance and sleep quality, and light at night experienced through a red filter has been found to prevent a decrease in melatonin production without adverse effects on vigilance, performance, brightness and visibility, according to an article in Chronobiology International.

Can light keep you awake at night and damage your brain?

There are growing concerns that constant exposure to light when it’s dark damages our health by disrupting our circadian rhythm – the body’s built-in clock. Artificial light affects the production of melatonin, a hormone released by the pineal gland in the brain.

According to Professor Jim Horne, former head of sleep research at Loughborough University, ‘bright light at bedtime suppresses melatonin production, so is probably going to delay sleep and affect the body clock. But some people are more sensitive to it than others.’

BRE TrustBuzz NewsBuzz PublicationsBuzz ResearchHealth & WellbeingIHS BRE PressLighting
We use cookies on our website to give you the most relevant experience by remembering your preferences and repeat visits. By clicking “Accept”, you agree to the use of all the cookies. Or visit cookie settings to customise your cookie preferences.
Cookie settingsACCEPT
Manage consent