A new Briefing Paper funded by the BRE Trust considers the important role that built environment play in crime and disorder. The paper by authors Sharon Monahan and Andrew Gemmell is based on research funded by the BRE Trust as part of its Future Cities Programme, with the findings being used to inform the crime indicators for the Healthy Cities Index.

The overall objectives were to identify environmental cues and features in the built environment that contribute to an increase in certain types of crime in particular areas, and highlight the specific cues and features that should be avoided. Initial phases reviewed the existing understanding of how the built environment contributes to crime and disorder in towns and cities. It highlighted the theories that underlie current thinking and looked at how existing understanding has been applied to planning and crime prevention.

The paper aims to help planners, designers, developers and town centre managers understand the aspects of the built environment that contribute to crime and the fear of crime and best practice examples of solutions to the problems. 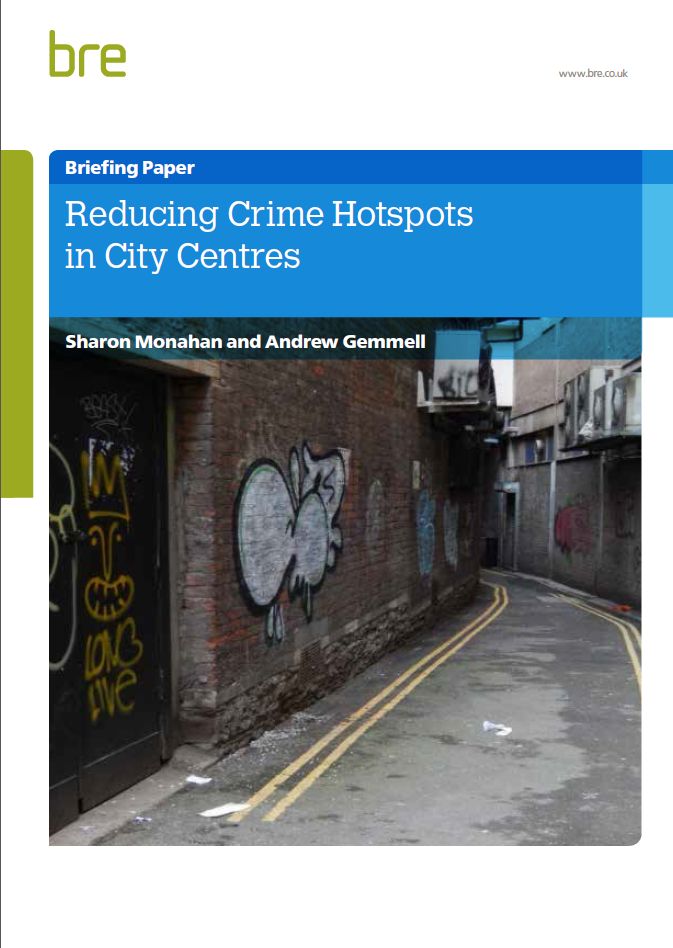