With the new BREEAM NOR 2016, our National Scheme Operator in Norway have launched a tool that will drive the Norwegian building and real estate industry into the future.

With the new BREEAM NOR 2016, our National Scheme Operator in Norway have launched a tool that will drive the Norwegian building and real estate industry into the future of green building. Kay Tyrrell of BREEAM’s international team reports… 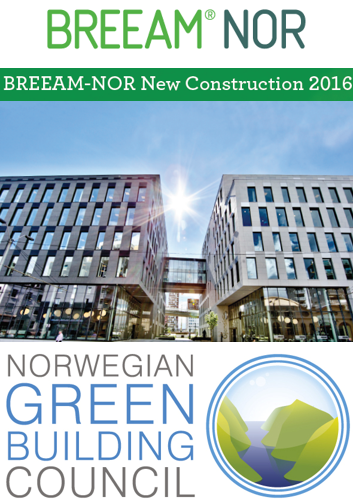 There were no free seats when the Norwegian Green Building Council (NGBC) invited members and other green building enthusiasts to the launch of BREEAM NOR 2016.

The updated standard aligns with the 2013 and 2016 versions of BREEAM International New Construction, and also reflects five years of market feedback from users of BREEAM in Norway. The new BREEAM NOR 2016 manual has been restructured and adjusted to make the contents more relevant, more practical and with clear links to ‘Bygg21Stegnorm’, the Norwegian equivalent to the RIBA stages.

Other new features include the possibility of applying for Innovation Credits and the introduction of criteria for residential buildings.

Several pilot projects have already started using the new scheme, and the first project, Eufemias Hage (Eufemias Garden), was registered just a few minutes after the launch. The development has ambitions to become the first project certified under BREEAM NOR 2016, and during the launch the developer Oslo S Utvikling announced that they already had started using BREEAM on several new residential projects in Oslo.

NGBC are committed to continually improve BREEAM NOR and have already identified several projects for further development together with partners in the Norwegian market.

A great step forward for BREEAM NOR!

More information on BREEAM NOR and NGBC here

BREEAMBREEAM New ConstructionBREEAM News PageBuzz BlogsBuzz News
We use cookies on our website to give you the most relevant experience by remembering your preferences and repeat visits. By clicking “Accept”, you agree to the use of all the cookies. Or visit cookie settings to customise your cookie preferences.
Cookie settingsACCEPT
Manage consent